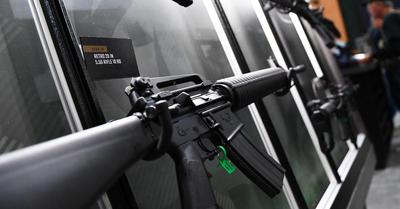 Two days after 19 children and two teachers were gunned down in a Texas elementary school on May 24, an investment banking firm sent a letter to Texas Attorney General Ken Paxton promising not to "discriminate" against the firearms industry. The firm, Chicago-based Cabrera Capital Markets, LLC, is the most recent of dozens of banking institutions to make the declaration in the last year, in order to comply with legislation banning Texas state and local governments from working with firms that p 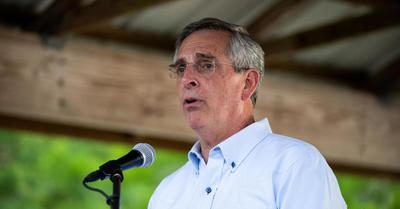 Georgia Secretary of State Brad Raffensperger, who was on the receiving end of an infamous Jan. 2, 2021, phone call in which then-President Donald Trump pleaded with him "to find 11,780 votes," will testify under oath Thursday before a special grand jury investigating Trump's efforts to overturn the 2020 election. Raffensperger, whose office oversees Georgia's elections, is among at least half a dozen people working in his office who have been subpoenaed to testify. 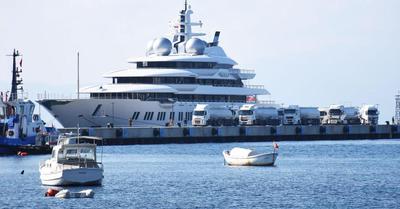 Weeks after declaring an oligarch's yacht was seized in Fiji, the U.S. still doesn't have it

Two days after the Department of Justice announced it assisted Fijian police in seizing a $300 million yacht allegedly owned by a sanctioned Russian oligarch, those same police ordered American authorities to leave the ship, according to court documents.

Code names, "the quickest" jet skis and a "straw man": Inside the FBI's seizure of a Russian superyacht

American officials had not yet been cleared to take the Russian-owned superyacht Amadea from Fiji when agents from the FBI, the U.S. Marshals Service and the Diplomatic Security Service boarded it earlier this month. Documents obtained by CBS News offer new details on the FBI's investigation into the yacht, as well as the moments after authorities boarded the Amadea. "They want to take 20 crew and sail east!" the ship's captain, Michael Zerr, texted his lawyer. 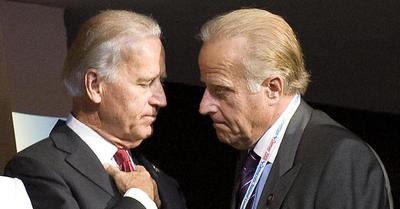 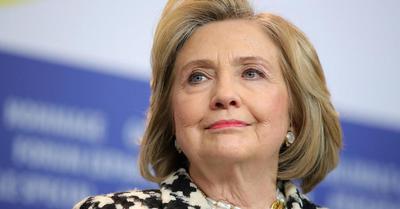 The Federal Election Commission has fined Hillary Clinton's 2016 campaign $8,000 and the Democratic National Committee $105,000 for obscuring their funding of the "Steele dossier," a 2016 opposition research report that sought to highlight alleged links between Donald Trump and Russia. The bipartisan election commission also dismissed a complaint against Christopher Steele, the author of the dossier that caused a firestorm of allegations and investigations that shook the early months of Trump's presidency. 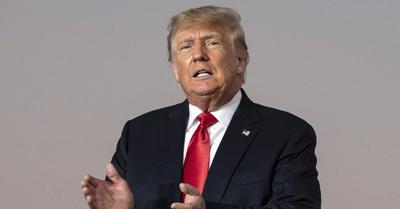 Investigators for New York Attorney General Letitia James' probe into Donald Trump and the Trump Organization's finances are seeking documents from a second accounting firm that did work for the company, according to a document filed in a New York State court. On March 10, James' office requested that the Trump Organization provide written consent for the firm RSM US LLP "to disclose tax documents." 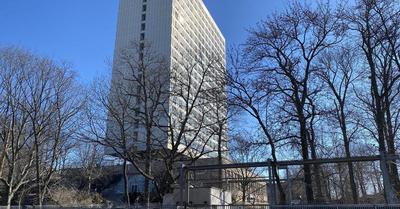 Mystery and intrigue have always surrounded the Russian Diplomatic Compound in New York. Tall steel fencing and cameras, too. The 20-story white building is unmissable. It towers over the tree-lined Henry Hudson Parkway and is far taller than any nearby structure in the Bronx's Riverdale neighborhood. It is home to the families of diplomats serving in the Russian Mission to the United Nations — and maybe also a few spies. 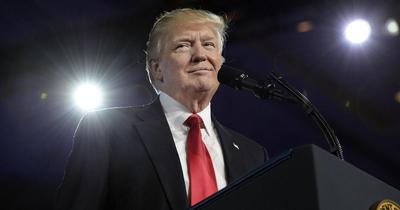 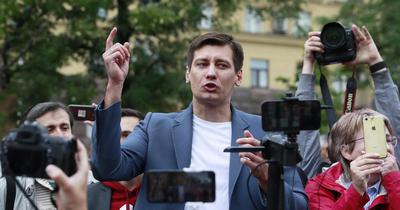 An opposition politician and critic of Russian President Vladimir Putin has fled Russia after briefly being detained last week by police. Dmitry Gudkov told CBS News that he was warned a month before his arrest that if he decided to run for a seat in the country's parliament as planned, he would "see a criminal case against some of your relatives." Gudkov, who previously served in the State Duma, the lower house of Russia's parliament, from 2011 to 2016, had been running for re-election this fa 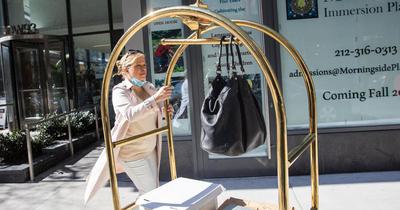 Jennifer and Barry Weisselberg's divorce was a contentious battle, but few realized during the 2017 and 2018 proceedings that it would end up at the center of one of the most high-profile criminal investigations in history – the Manhattan District Attorney's probe into Donald Trump. Barry is a Trump Organization employee and his father, Allen, is the company's chief financial officer. Jennifer says the divorce proceedings left her with "boxes and boxes" of files that prosecutors are interested in. 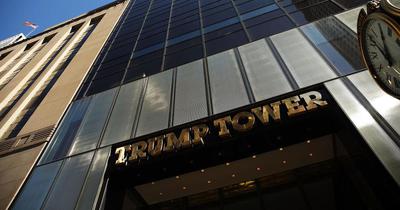 Donald Trump's premier New York City real estate holdings — once the foundation of his fortune and fame — have increasingly become a problem for the former president. 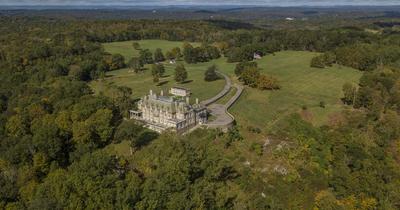 Manhattan prosecutors conducting a criminal investigation into possible bank, tax and insurance fraud by former President Donald Trump and his company recently subpoenaed documents from an engineer who worked on an expansive property owned by the Trump family in Westchester County, north of New York City. The engineer, Ralph Mastromonaco, told CBS News he recently received the subpoena and quickly complied, turning over maps of the 200-acre Seven Springs Estate and other documents. 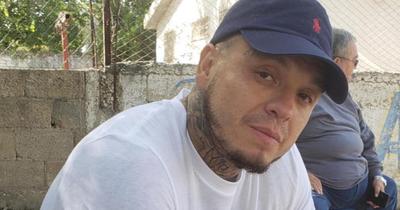 Family of U.S. man who died after Border Patrol arrest says government has been tight lipped for a year

Emmett Croy has spent a year trying to get answers about the evening of February 4, 2020, when his stepson James Paul Markowitz died in Border Patrol custody. His family wonders if the overdose death could have been prevented. Croy said his questions have gone unanswered. In fact, he said the agency hasn't communicated with his family at all in the year since the 32-year-old's death. An attorney hired by Croy said he has also received no responses to requests for information about the case. 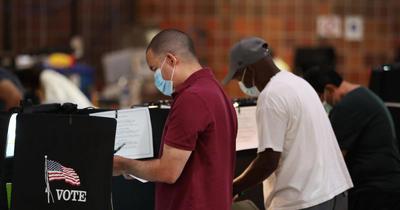 Emails threatening Florida voters to "vote for Trump or else!" linked to overseas servers

Washington — Dozens of voters in a heavily Democratic county in Florida and across several states reported receiving emails on Tuesday purporting to come from a right-wing group threatening to "come after" them unless they vote for President Trump. But an examination of the messages, which are now under investigation by state and federal authorities, shows they were sent via servers located overseas, raising questions about their origin amid concerns about voter intimidation just two weeks befo 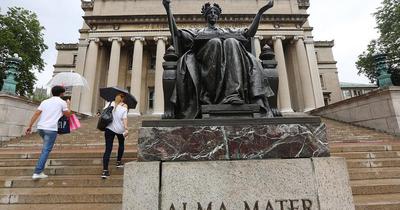 The Manhattan District Attorney's Office is pursuing a criminal investigation into Columbia University's handling of incidents involving a former gynecologist accused of sexual assault by dozens of patients, according to a source with knowledge of the investigation. The doctor, Robert Hadden, was charged Wednesday in federal court in six cases in which patients traveled from out of state for appointments at medical offices affiliated with Columbia University in New York. 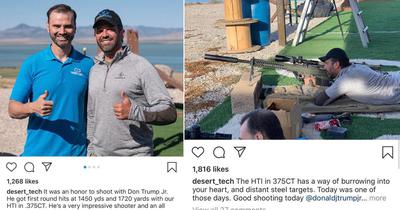 Amid a series of campaign appearances in Utah on July 24, Donald Trump Jr. took time to shoot Desert Tech rifles and appeared in promotional images for the company, which is owned by a prominent member of a polygamous sect. The government is currently trying to seize the company's headquarters, which prosecutors say was previously bought with funds originating from other members of the sect who entered guilty pleas in a $1.1 billion fraud scheme. 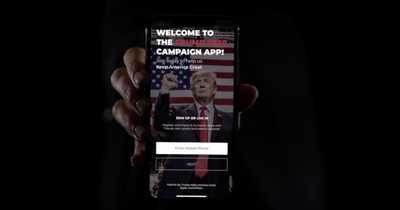 The Trump app was developed by a company called Phunware, which has a significant stockpile of data to work with. A former Phunware executive, Ian Karnell, told CBS News the company's pitch to political clients was that it could replace the data that Facebook had taken away, the so-called "Graph API" that allowed Cambridge Analytica to collect a wealth of information about millions of people and their connections. 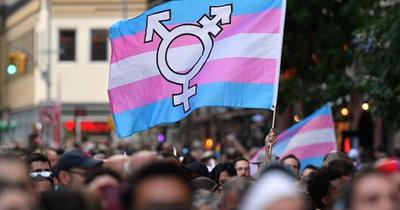 The Trump Administration's announcement last week that it would remove federal protections against health care discrimination for transgender patients hit Hyde Goltz hard. Goltz, a 39-year-old nonbinary transgender Minnesotan, remembers navigating the health care system before those protections were adopted in 2016. "It was the seven years saving up to be able to afford phalloplasty on insurance. It was changing jobs so that I could get health insurance that would actually cover phalloplasty." 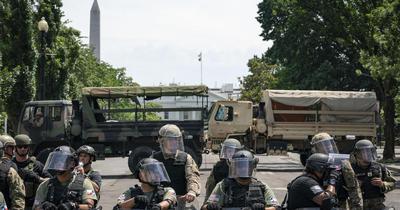 The U.S. Army is planning to buy at least 500 riot control face shields, enough to supply a small battalion of soldiers. In a posting made Monday evening on a government contracting website, the Department of Defense asked for suppliers to give cost estimates on delivering the face shields, which are typically marketed to police and sheriff's departments. The equipment is not in common usage among military personnel.
Load More Articles
Close ✕